Home of All Gillespie County Republicans

“Freedom is never more than one generation away from extinction. We didn’t pass it to our children in the bloodstream. It must be fought for, protected, and handed on for them to do the same, or one day we will spend our sunset years telling our children and our children’s children what it was once like in the United States where men were free.”
– Ronald Reagan – Republican, U.S. President 1981-1989

The Republican Party is one of the two major political parties in the United States. It is often referred to as the “GOP” or Grand Old Party. Traditionally it has supported laissez-faire free enterprise (keeping government out of business) low taxes, and conservative social policies. The Elephant is the party’s official logo and was derived from a cartoon by Thomas Nast in the 1870s.
In American political culture, the ass in the lion’s skin was one of several fables by Aesop that was put to use by cartoonist Thomas Nast when it was rumored in 1874 that the Republican President Ulysses S. Grant would attempt to run for an unprecedented third term in two years’ time. Around that time, there was also a false report that the animals had escaped from Central Park Zoo and were roaming the city. Nast combined the two items in a cartoon for the 7 November Harper’s Weekly; titled “Third Term Panic”, it depicts a donkey (symbol of Democrat Party) in a lion’s skin (labeled Caesarism) scattering animals that stand for various interests. 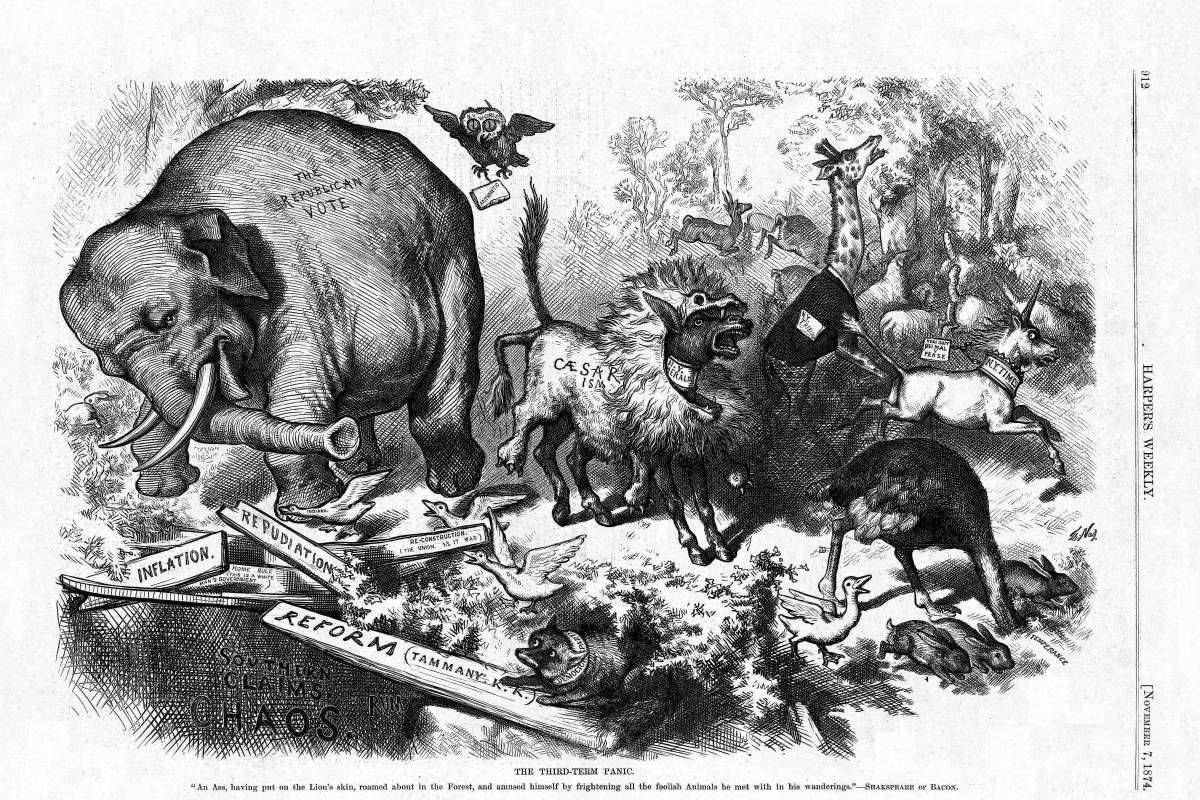 The caption on Thomas Nast’s cartoon in the 1870s read, ” An ass, having put on the lion’s skin, roamed about in the Forest, and amused himself by frightening all the foolish Animals he met with in his wanderings.”

“Throughout early 1867 the Union Loyal League, comprised mainly of newly enfranchised blacks and a small number of white Unionists, held mass meetings across the state…The first of these meetings was held in Austin on April 27, 1867, and called for a convention in Houston….”

“On July 4, 1867, these activists met in Houston for the first Republican state convention….”

“Closely associated with the Union and the abolition of slavery, the party’s initial membership was predominantly African-American but with a mainly white leadership consisting of a large portion of German-Americans and those who had been opposed to secession and Texas’ membership in the Confederacy….”  ~ by Wayne Thorborn 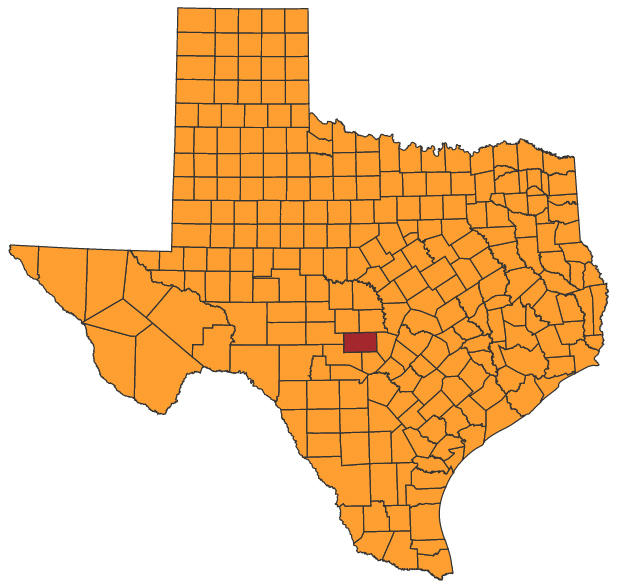 “Gillespie County is something of an aberration in that it is a historically Republican county in a state that was overwhelmingly Democratic up until recent decades. This is largely due to the heavily German-American heritage of the county and that Gillespie was the center of Texas’ small Unionist movement during the Civil War when most Texas Germans acquiesced to secession but Fredericksburg was still self-sufficient and sold surplus food to the army. Gillespie County has been won by Republicans in every election since 1896 with only a handful of exceptions.” (Source-Wikipedia) 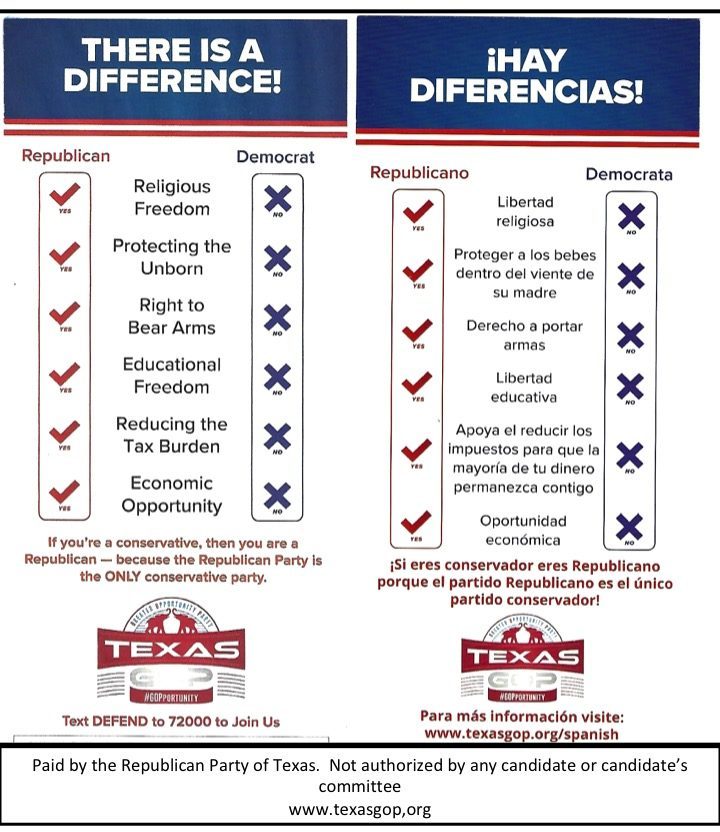